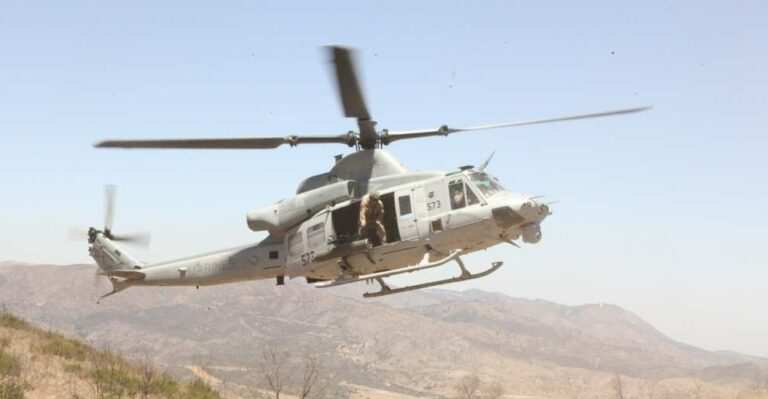 A Marine Corps helicopter from Camp Pendleton made a “precautionary landing” Monday afternoon in the Torrey Pines State Natural Reserve, according to a military spokesman.

None of the four people — two pilots and two crew chiefs — on board the UH-1Y helicopter were injured, according to Maj. Alex Lim, a spokesman with the 3rd Marine Aircraft Wing.

The helicopter made its emergency landing around 3:30 p.m., Lim said, though it was not immediately clear what issue prompted the landing, or where exactly in the state nature preserve it happened.

It was not immediately clear how Marine Corps officials planned to get the aircraft — a midsize, twin-engine utility helicopter — back to Camp Pendleton, but Lim said attempts would likely be made to fix any issues at the landing site in order to fly it back to its base.