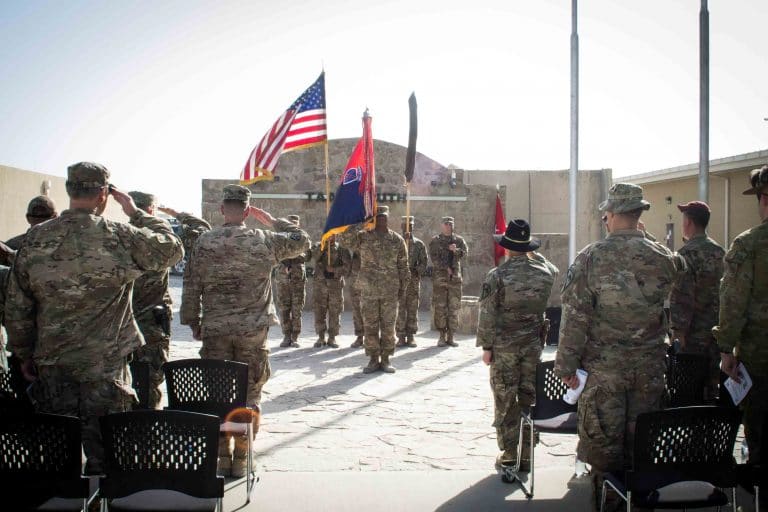 On Wednesday, the Taliban claimed responsibility for a rocket attack that targeted Kandahar Airfield in Afghanistan, a base that hosts hundreds of U.S. and coalition troops. The Pentagon confirmed no casualties in the attack.

On Wednesday, Pentagon spokesman John Kirby said, “We condemn today’s attack on Kandahar airfield, home to several hundred U.S. and coalition personnel. While the attack resulted in no casualties or damage, the Taliban’s decision to provoke even more violence in Afghanistan remains disruptive to the opportunity for peace presented by ongoing negotiations.”

Asked what the U.S. would do in response to the attack, Kirby said, “We always have the right of self-defense for our troops, but our focus right now is on supporting a diplomatic process here to try to bring this war to a negotiated end with an enduring peace.”

Further addressing any potential U.S. response and whether the attack was meant to undermine the U.S.-Taliban peace deal, Kirby said “it’s hard for us to get inside the head of the Taliban and exactly what their goal and intent was here,” adding, “I can’t deliver a comprehensive analysis of what we believe they were trying to achieve or what message they were trying to send.”

Kirby said the U.S. needs to further assess “what happened and why, before any potential operational decision is made” to respond.

Despite no injuries in the attack, the act threatens to undermine the U.S.-Taliban peace deal signed under former President Donald Trump in February 2020. Under the peace deal, the U.S. was expected to withdraw all troops from Afghanistan by May 1, 2021.

While the Taliban has continued to fight with Afghan government forces, they have refrained from any outright attacks on U.S. or coalition forces in more than a year since the peace deal was signed. Wednesday’s attack puts an end to that Taliban ceasefire towards the U.S.

The Taliban attack comes as President Joe Biden has waivered on the May 1 U.S. troop withdrawal timeline set forth by the Trump administration. Last month, Biden said the deadline will be a “tough” one to meet.

“I’m in the process of making that decision now as to when they’ll leave,” Biden told ABC host George Stephanopoulos. “The fact is that, that was not a very solidly negotiated deal that the president — the former president —worked out. And so we’re in consultation with our allies as well as the government, and that decision’s going to be — it’s in process now.”

Under Trump, U.S. troop levels in Afghanistan fell from about 13,000 troops in March of 2020 to under 4,000 troops by January 2021. In his final weeks in office, Trump set a goal to reduce Afghan troop levels to 2,500 and in January, the Pentagon claimed it had met that goal. In March, however, the New York Times reported the Pentagon had about 1,000 more troops in the country than it had previously reported, putting the true U.S. troop presence in the country at around 3,500.

The Marines are back in town at Fort Bragg, artillery unit training to cause ‘Bragg booms’