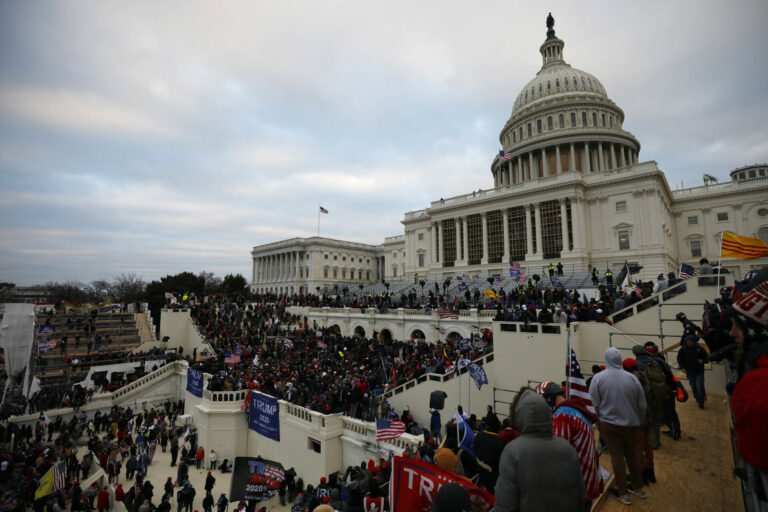 National security experts say if the Capitol protesters were in Afghanistan, the U.S. would “drop a bomb on them,” and the Republican Party is to blame, according to a report by The Root on Thursday.

National campaign manager at Common Defense and a former Marine Corps Infantry officer Kyle Bibby told The Root that he believed the U.S. military would have engaged in an offensive strike if a foreign entity had breached the Capitol on January 6.

“If they were in Afghanistan, we would’ve hit them. Either a raid, drop a bomb on them, whatever it is,” Bibby said. “But the organizations that are funding this and who are backing this that are creating the political movement behind this are organizations like Fox News, Breitbart, One America News Network, and the Republican Party. If these organizations existed in another country, we would be sanctioning them. We would be seizing their assets for inciting terroristic threats against an American ally or against U.S. interests.”

“If Trump wins, these unofficial paramilitaries, the Proud Boys, the Boogaloo Boys, the state militias, all these other groups, are essentially going to become semi-official Brownshirts [the original paramilitary of Germany’s Nazi Party] of the Trump campaign,” he said, prior to the 2020 election. “If Trump loses, these people are going to become the Iraq insurgents. They’re going to go underground. They’re going to be furious and, over time, with the Trump campaign leading as the political wing of this insurgency. With a president in exile, those people will resort to armed violence, political standoffs, and terrorism.”

Pam Campos-Palma, director of Peace and Security at the Working Families Party also blamed the Republican Party for what she called “white nationalist violence.”

“The bottom line is that this kind of white nationalist violence was never taken seriously,” Campos-Palma told the news outlet, “because it is inherent to the GOP, policing and national security institutions.”