Los Angeles County Sheriff: Minority Communities Will Have to Deal with Crime Caused by D.A.’s Policies 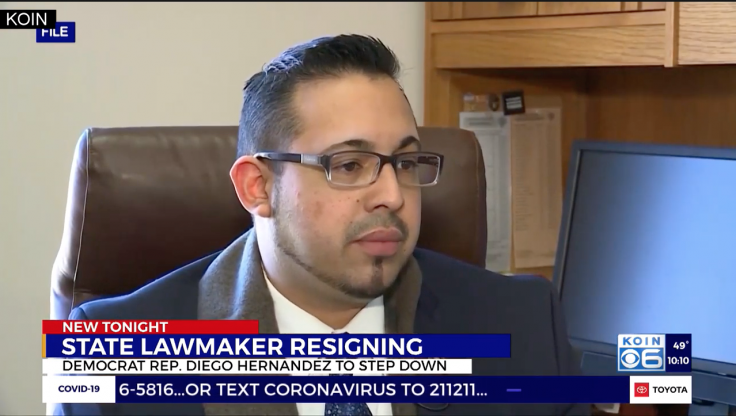 An Oregon lawmaker considered a “rising star” in Democratic circles announced Sunday that he will resign from the legislature following accusations from multiple women that he created a hostile workplace.

State representative Diego Hernandez, a Portland Democrat, made the announcement days before a vote that would have made him the first Oregon legislator expelled by his colleagues. A bipartisan 4-0 committee voted to recommend his expulsion from the legislature earlier this month over accusations that he sexually harassed three women who work in the Capitol.

The Oregon legislature has never expelled a member before, but the 18 allegations against Hernandez, including that he threatened to undermine the careers of two women if they did not enter into relationships with him, were likely viewed as sufficient to remove the recently reelected Democrat. Two-thirds of the 60-member legislative body would have been needed to remove Hernandez, but rather than force his colleagues to vote to remove him, Hernandez threw in the towel, citing his desire to “move forward with my life and focus on my health and family.”

Hernandez had fought to keep the seat he’d held since 2017. In a court filing, Hernandez claimed that key evidence in his favor was withheld from the legislature’s conduct committee. His filing alleges that the texts, emails, and social media posts he submitted were fully redacted by the legislature’s equity office in order to protect the identities of his accusers. A judge declined his request to block the vote.

Hernandez received some support from colleagues such as fellow Democratic state representative Mark Meek, who briefly threatened to abandon the Democratic Party and become an independent over concerns with how the investigation was handled by Democratic leadership. Meek said Democratic speaker Tina Kotek reached a judgment on Hernandez too soon after the allegations, pointing to her call last May for Hernandez to “resign from the legislature and focus completely on getting the support he needs.”

Meek criticized the entire process, saying, “The system is broken, and they were out for Diego without due process.”

Former DNI Ratcliffe: “What Happened on January 6th was Preventable and it was a Failure of Leadership in Our Law Enforcement” (VIDEO)