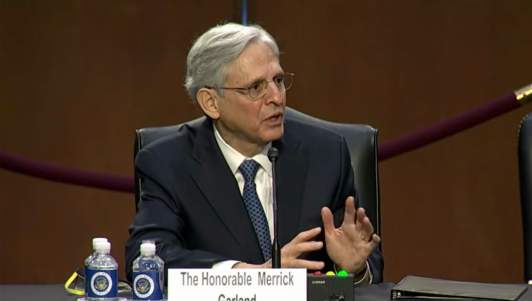 WASHINGTON D.C.—Merrick Garland, who failed in his Supreme Court hearings in 2016 because of that time he got grape jelly all over the Constitution, is now participating in hearings to be the Biden Administration’s Attorney General. During the hearings, Senator John Kennedy, R-LA, asked Garland if he agreed with this statement: “Two plus two equals four.”

The post Merrick Garland Says Whether 2+2=4 Is ‘A Very Difficult Societal Question’ appeared first on The Babylon Bee.

Trump Promises To Give Everyone $2,001 Checks If He’s Elected President Again

Oh No! Biden Can’t Remember Who He Put In Charge Of Alzheimer’s Research