The Chauvin Appeal: How The Comments Of The Court & The Prosecutors Could Raise Challenges Going Forward

Markets Are Priced For Perfection In A Very Imperfect World

Authored by Bill Blain via MorningPorridge.com,

“The real world is where the monsters are….. ”

Markets are priced for perfection in a very imperfect world. As stocks hit new highs, are the bulls or bears correct? Politics are likely to be the major influence on where we go next, but lurking around the next corner might just be inflation. 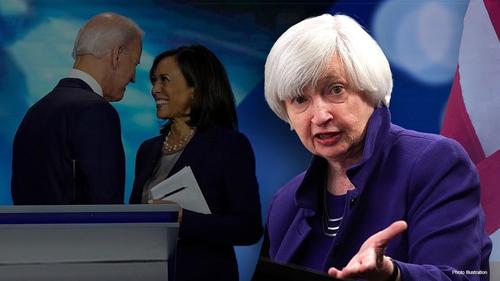 Markets are priced for perfection – although there has seldom been so much imperfect about them. Stock markets are breaching record levels on a daily repeat basis. For every Jamie Dimon (CEO of JP Morgan) predicting a massive post-pandemic economic recovery, there will be an equally well-known investor warning of the “riskiest market since 1929” with a huge collapse just around the corner.

Diversity of opinion is a good thing. That’s what makes for a market – a range of different perspectives. I shall sit in the middle – going with my “things are never as good as we hope, but seldom as bad as we fear” outlook on probable outcomes. There is usually a middle way….

Dimon makes a good point about consumer spending. Yesterday, I saw post-pandemic binge-buying in action. I’m up in Edinburgh – as my mother’s unpaid carer before someone goes CoronaNazi on me – and walked past the local garden centre. They’ve just reopened after being closed since December. The queues were enormous. I stopped to watch. It was extraordinary. I wish I owned the place: the punters were handing money over by the shovel load. If it was for sale – they were buying it. The car park was rammed – something I’ve never seen before.

It’s clear there will be a tidal wave of repressed consumer spending as economies come out the other side of pandemic. Our local pub is booked solid next week after the beer garden reopens on D-Day, April 12th. There are bound to be issues; inflation, supply-chain problems, and even the risks of renewed lockdown on another wave or if virus mutation beats the vaccine roll-outs, but the point is clear: consumers want to spend.

JP Morgan’s Dimon calls it a “Goldilocks Moment”, with the boom lasting right through 2023. He cites vaccine rollout and the effect of President Biden’s proposed $2.3 trillion infrastructure spending as driving growth. In his annual letter to shareholders, Dimon highlights risks, but also the opportunities to address social issues, health-care and jobs, and building a stronger society “may very well mean higher taxes for the wealthy.” He’s supported by many CEOs, including the very biggest names like Jeff Bezos.

Schweet… the richest man on the planet wants to pay his taxes.

The other side of the great recovery is the peculiar speculative madness of markets. There are about a billion reasons not to like the current market: Earnings don’t justify valuations. Markets have been fully pricing recovery since 2009! Investors are over-weighting new tech adoption. Ultra-low yields have fundamentally distorted values. Buyers are forced into a dangerous search for yields and higher risk-taking. Investors aren’t paying attention to the basic stock metrics – like profits and markets. Low returns will create a massive future pensions crisis. The whole rally is simply fuelled by Central Bank money. Etc, etc..

This is not an easy moment to be an uber-bear. We are in a period of unsurpassed monetary expansion fuelling financial assets, and we’re moving into a completely new phase of fiscal pump priming as nations look to stimulate growth with re-investment in infrastructure, and even industrial and regional policy. There is hardly a government around the world talking serious about the need for austerity in the wake of the increased pandemic spending..

And any good uber-bear will respond by saying:

1) we’ve been inflating financial assets for the past 10-years; its daft and dangerous, today we look close to the point the bubbles will burst.

2) We’re now pump priming the economy ahead of a massive-repressed spending recovery; that can only result in even greater inflation, and

Blah, blah, blah…. Get ready for a new world.

Compare and contrast 2021 with 2008. Back then we were coming out the first stage of the Global Financial Crisis and the policy response was austerity. Today, it’s spend, spend, spend. Someone was paying attention – austerity was really the stupidest idea of all time.

Now, the global reset button has been pressed. The problem is, it’s not the button markets were expecting – they expected to see rates normalise, debt levels magically fall, and stock prices behave in ways they conventionally understand.

Instead, we’re getting a government and politically led reset. And that’s a massive source of risk and uncertainty. At the back of every serious investors mind is fear. There is a very realistic possibility that Governments know their spending plans, massively increased debt levels, and the market’s current bubblicious levels, can all be “corrected” with inflation – the Ultimate Big Reset. Inflation has been conspicuously absent through the QE era, but we all know it’s lurking out there….

Meanwhile, its going to take decades to work through the market baggage of the 2010s, and much to be done to redirect the last 40 years of laisse-faire government spending priorities away from enabling a shareholder based economy, towards supporting the more socially inclusive stakeholder society we apparently desire. Not everyone will be happy – these are political issues, which markets abhor (especially if they look like socialism by the back-door, no matter how well-intentioned they are.)

That the future is political is immediately clear in the US. Biden’s infrastructure and tax plans look extraordinary in their vision and clarity for rebuilding physical and social infrastructure, and to reset the tax base so that corporates and the wealthy pay their share.

But watch what’s happening in the increasingly polarised political arena. As one US chum put it y’day: “Biden could propose Trump’s tax bill, and not a single Republican would vote for it, arguing it raised too much debt.” The US House seems determined to wallow in the mud of gridlock, meaning all the grand and imminently sensible plans to fix roads, bridges and the internet will get talked about and little will likely be done.

China will get stronger. The West will keep arguing.

That’s why politics is worth watching – the big decisions that will influence markets will come out the political arena, and it’s all going to happen in the next few months.

Can nations unleash directed spending to firm up the economic and social base, or will it flop? Economic history shows well directed government spending can boost recovery – but it also shows government interference can flood the engines of the economy with treacle. (Never forget: Leyland Motors.)

Which will it be this time?

Meanwhile, after dismissing Janet Yellen’s comments on corporate tax harmonisation earlier this week, I apologise. I have to admit to now being mildly enthusiastic about the Biden global tax initiative. It’s worth reading Yellen’s piece in the WSJ: “A better corporate tax for America”.

Biden has come up with a remarkably obvious and sensible trade offer to the rest of the world: “big US business should pay taxes to national governments on their sales in these countries.” Wow. It opens the door to a sensible global tax solution, “catalysing” negotiations at the OECD. Clearly, it’s a bit more than just US corporations actually paying taxes – but, hey, it’s a start. Watch that space.

Maybe, just maybe, some of the pressure that’s building over national plans to reflate and reconstruct economies will dissipate if global investors perceive it can be paid for by reset taxation that’s “fit for purpose”.