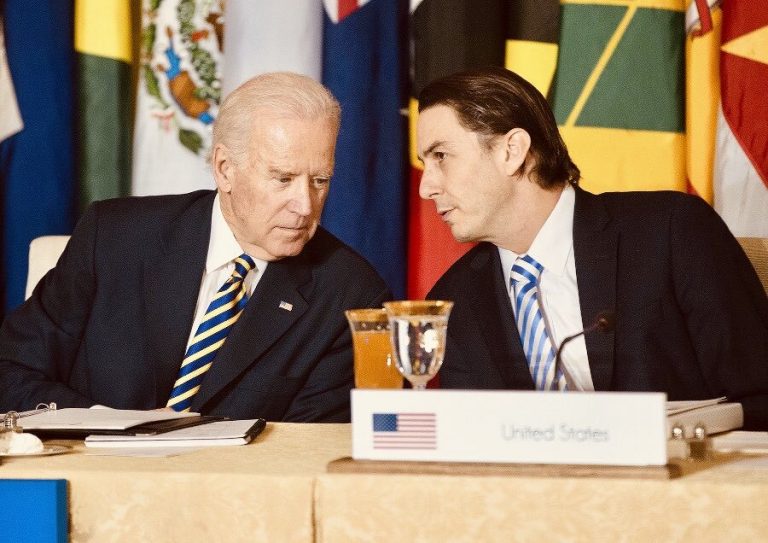 President Joe Biden is considering tapping a lobbyist who represented a brutal African dictator to serve in a crucial diplomatic position.

On Wednesday, Politico reported that the Biden administration is in talks with Amos Hochstein to lead its efforts to cut off the Nord Stream 2 pipeline, a project commissioned by Russian president Vladimir Putin. The project, which is nearing completion, would connect vital oil and gas resources via a pipeline from Russia to Germany.

Before joining the Obama administration in 2011, Hochstein worked for five years at Cassidy and Associates, a Washington, D.C.-based lobbying firm. Hochstein’s portfolio included services for Teodoro Obiang Nguema, the president of Equatorial Guinea and Africa’s longest serving dictator. Obiang, a former prison administrator, wrestled power from his uncle in 1979 and ordered the execution of his brother in the process. Under Obiang’s leadership, Equatorial Guinea touts a record as one of the world’s worst human rights abusers.

Equatorial Guinea regularly sees the detention of journalists and violent torture from police forces, placing the country among the least free places in the world, according to the human rights nonprofit Freedom House. Obiang’s agents have been accused of urinating on and maiming prisoners. Obiang himself has been alleged to cannibalize his political enemies.

As a vice president at Cassidy, Hochstein led the lobbying firm’s work with the Obiang government for a time. The lobbying firm reportedly helped Equatorial Guinea secure contracts with the United States government for building infrastructure, by which Obiang intended to transform his image in Washington foreign policy circles. Hochstein defended his work with the regime, saying Obiang’s government “has taken some serious steps that are moving the country in the right direction” and that his work helped “move the ball forward on human rights” in the country.

“He’s convinced me of his deep care for his people,” Hochstein told the Washington Post in 2006. “I’ve seen the changes.”

Since 2006, the situation in Equatorial Guinea has arguably gotten worse. In August 2017, Equatorial Guinean authorities arrested two journalists for critical coverage of the regime. A coup attempt also in 2017 led to the extensive torture and jailing of political dissidents.

Hochstein later claimed to step away from the Equatorial Guinea account, but he continued to work as a lobbyist before joining then-senator Chris Dodd’s (D., Conn.) presidential campaign in 2007. In January, the Biden administration set up stringent rules for hiring personnel. Executive orders on ethics issued by the White House restrict outgoing administration officials’ ability to lobby and implement a waiver process for some lobbyists to work in specific government agencies.

Hochstein’s potential post comes with high political stakes. Congressional Republicans have been calling for a tougher stance on Russia’s pipeline project, as some say the Biden administration has been all talk and no action on cutting Moscow off from such a potentially valuable resource.

The White House did not return a request for comment.