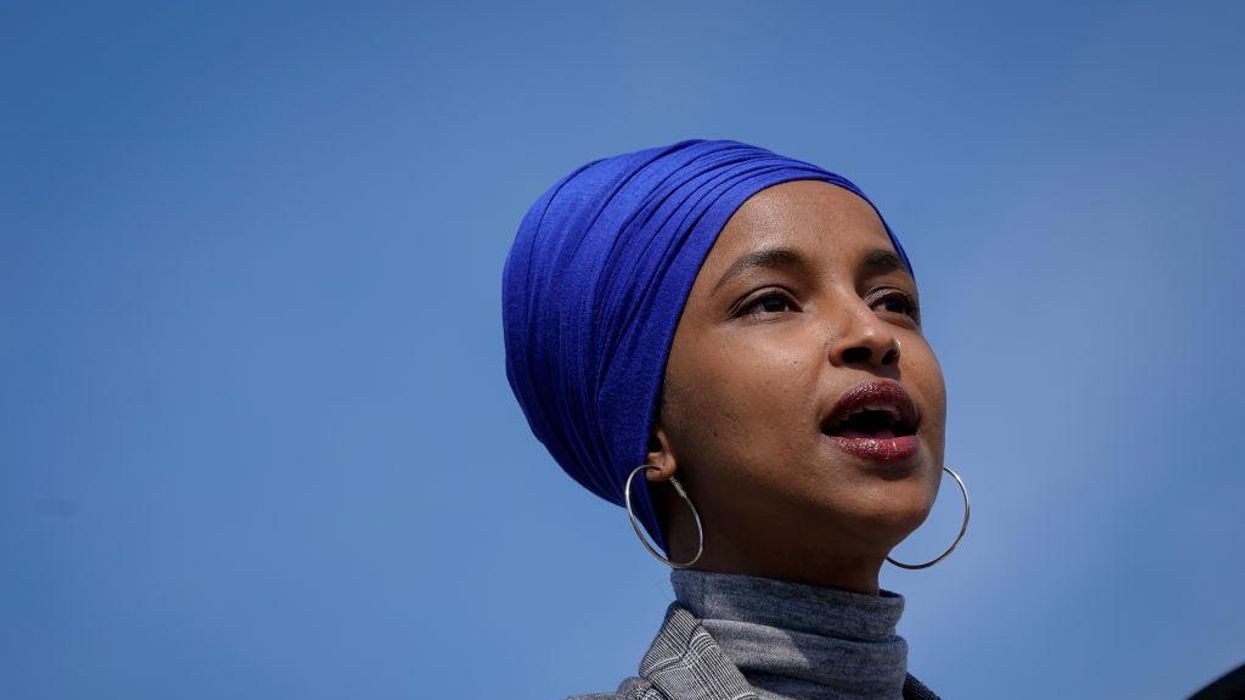 “It’s shameful and unacceptable for @POTUS to continue the construction of Trump’s xenophobic and racist wall,” Omar tweeted on Wednesday.

It’s shameful and unacceptable for @POTUS to continue the construction of Trump’s xenophobic and racist wall.

Omar lashed out at President Biden after a report this week by the Washington Times that said the Department of Homeland Security is considering continuing construction on the border wall to fill in “gaps.”

Homeland Security Secretary Alejandro Mayorkas reportedly told Immigration and Customs Enforcement staffers that due to the recent surge in illegal immigrants, the Biden administration is open to resuming some construction on the border wall.

“The president has communicated quite clearly his decision that the emergency that triggered the devotion of DOD funds to the construction of the border wall is ended,” the DHS secretary allegedly said. “But that leaves room to make decisions as the administration, as part of the administration, in particular areas of the wall that need renovation, particular projects that need to be finished.”

On Wednesday, White House press secretary Jen Psaki was asked about the report that the border wall construction is resuming.

“Wall construction remains paused, to the extent permitted by law,” Psaki said during Tuesday’s press conference. “So some has already been funded through a congressional authorization and funding allocation. But as agencies develop for a plan — it’s paused while agencies are developing a plan for the president on the management of the federal funds.”

“Federal agencies are continuing to review wall contracts and develop a plan to submit to the president soon,” Psaki added. “It is paused. There is some limited construction that has been funded and allocated for, but it is otherwise paused.”

“Wall construction remains paused, there is a review under way taking a look at funds that have been allocated,” Psaki said. “We have never believed the wall is an answer to addressing immigration challenges.”

On the campaign trail, Biden ran on rolling back the immigration policies of former President Donald Trump. On Biden’s first day in office, he signed an executive order that halted the construction of the border wall.

“Building a massive wall that spans the entire southern border is not a serious policy solution,” Biden said on his first day as president on Jan. 20. “It is a waste of money that diverts attention from genuine threats to our homeland security. My administration is committed to ensuring that the United States has a comprehensive and humane immigration system that operates consistently with our nation’s values.”

“Approximately 450 miles of wall was constructed under the Trump administration, with officials saying about an additional 350 was funded,” Fox News reported.

Former President Donald Trump hammered the Biden administration over its handling of the current border crisis.

“The wall is just a few weeks away from being completed. [Biden] didn’t want to complete it,” Trump told Fox News. “They should finish the wall, number one. And they should have the [Remain in Mexico] policy reinserted, because if you don’t have that, this is going to be a disaster. …The wall should be completed by now if he let — he stopped it almost at his first day. He stopped construction of the wall.”

Trump went on to say that he was planning on visiting the southern border in the near future.