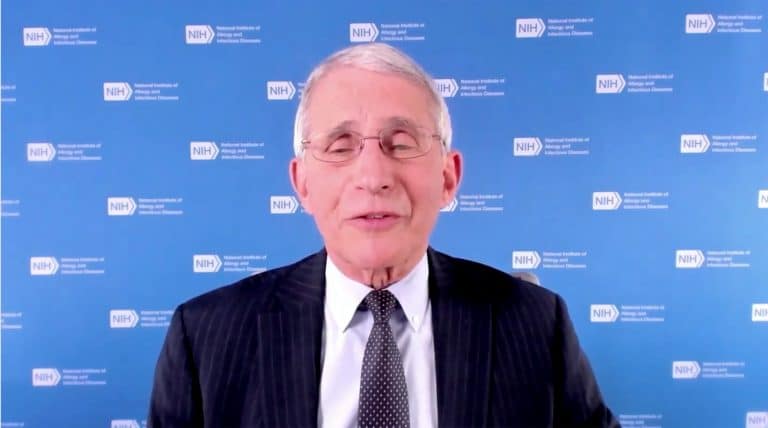 Wearing a mask to blunt the spread of COVID-19 may remain a part of Americans’ routines into 2022 if active case counts remain relatively high even as more people are vaccinated, Dr. Anthony Fauci said Sunday.

“I think it’s possible that that’s the case,” Fauci told CNN Sunday after being asked when Americans can expect “normality” following a pandemic that’s rocked the economy and left nearly half a million people dead. “It really depends on what you mean by ‘normality.’ If normality means exactly the way things were before we had this happen to us, I can’t predict that.”

But with vaccinations ramping up across the country, Fauci, the nation’s top infectious disease expert, agreed with a recent assessment by President Joe Biden that “we’re going to have a significant degree of normality beyond the terrible burden that all of us have been through … as we get through fall and winter … much, much better than we’re doing right now.”

When it comes to wearing masks, which the Centers for Disease Control recommends to help prevent spreading the virus, Fauci said “it depends on the level of dynamics of virus in the community.”

Getting active case counts down, combined with inoculating most of the country, is what it will take for Americans to safely take the masks off, he argued.

“If we have 20,000 (cases) per day, that is a heck of a lot better than what it’s been,” Fauci said. “But that’s still a very high level of virus in the community. I want to see it go way down. When it goes way down and the overwhelming majority of the population are vaccinated, then I would feel comfortable saying we can pull back on the masks.”

Fauci’s comments come as the U.S. fast approaches half a million deaths linked to the pandemic — more losses than what the country suffered in two World Wars and the Vietnam War combined. Biden has pledged to see at least 100 million Americans vaccinated during his first 100 days in office. More than 28 million Americans have contracted the virus, according to Johns Hopkins University.