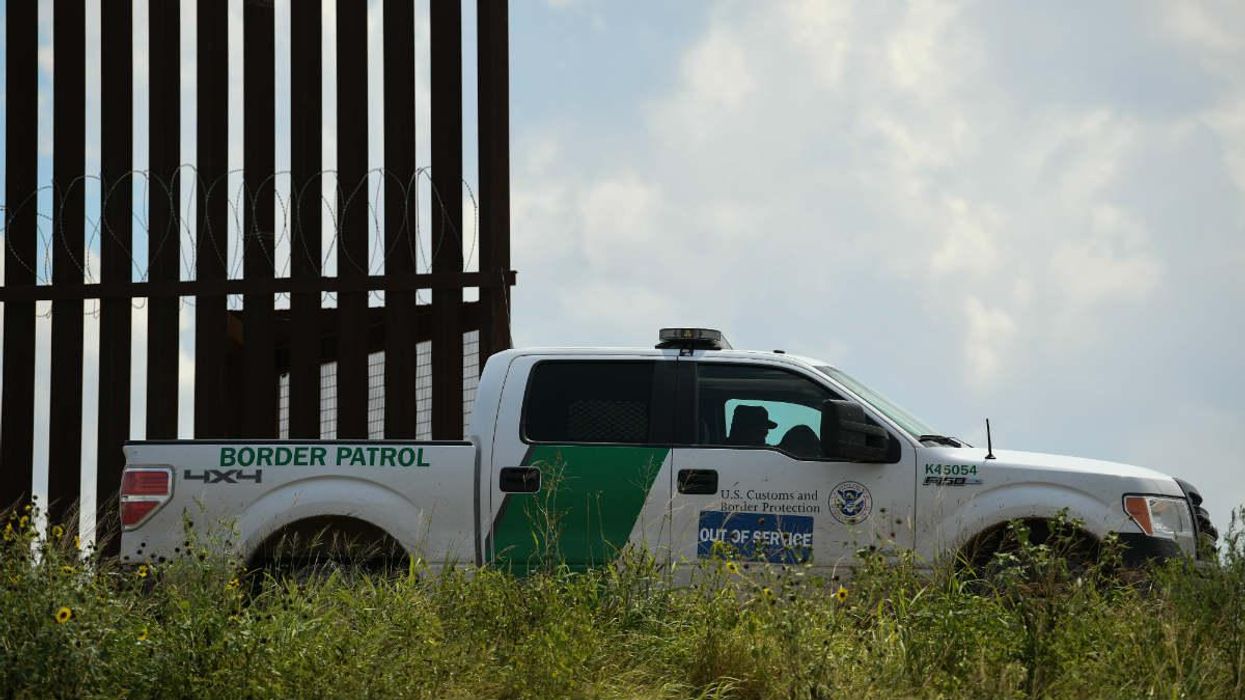 Rural America is generally safer from crime, but not if you are unfortunate enough to live in a rural county near the Mexican border. As the politicians and the media focus the attention of the border crisis on the needs of the illegal aliens held in detention, they never focus on the terrible effects mass illegal immigration foists upon Americans living near the border.

Cotulla is a small town about 60 miles north of the international border at Laredo, Texas. Yet it is so affected by the invasion over our border that the school district sent out a letter to parents and administrators warning them to protect the children from the endless car chases and bailouts of criminal aliens in the region.

“Please be watchful of your children as they are playing outside, walking home from school, or generally out of the house,” warns Cotulla Independent School District Superintendent Jack Seals and La Salle Sheriff Anthony Zertuche in a joint notice to the community. “Both our communities and the rural areas of the county have experienced a great increase in law enforcement chases and ‘bailouts.'”

The sheriff goes on to warn the citizens about 8-10 car chases and bailouts a day and encourages the locals to lock their cars and not keep valuables outside.

This cuts to the core dereliction of the federal government, which in many ways undermines its entire legitimacy. The purpose of the federal government is to keep us safe from foreign threats. These communities, which would otherwise have minimal internal crime, are now faced with high-speed car chases, rampant theft, and menacing criminal aliens and drug carriers attacking their ranches.

It was recently announced that the border numbers for March were higher than any level in 15 years, with over 170,000 apprehensions. Many of those people are ultimately released and sent out on buses, but tens of thousands if not hundreds of thousands of others have never been apprehended, but are able to get into the country while Border Patrol is busy caring for illegal aliens rather than protecting the ranchers and border citizens from them. Those are the people we should really be concerned about.

Border Patrol has already apprehended three times the typical number of sex offenders, and given the amount of money they pay the cartels to cross clandestinely, it’s likely that many more successfully evade capture. In other words, the world’s criminal enterprises are all converging on our border and trespassing on the private property of our fellow Americans.

One rancher, Cyndie, who owns a lot of property south of La Pryor in Maverick County, Texas, posted on a private Facebook page that her husband was assaulted by a group of illegal aliens when he found them hiding out in their lodge. When they called Border Patrol, they were told they didn’t have the resources to come out, a complaint I’ve heard from many ranchers. Eventually, the sheriff’s deputies caught them, but were forced to release them immediately.

Cyndie told me yesterday that when she got home from work, she found sheriff’s SUVs parked across from her mailbox and two Border Patrol vehicles in the ditch on the ranch. When she went to check it out, she heard a helicopter hovering. “Then he [the helicopter pilot] ducked down and went towards the bush, and he’s trying to flush out a big group that was on the property, so I ran to the house for safety and my husband joined their search,” she told me. “It’s so sad that we have to live this way.”

On Monday, Deputy Border Patrol Chief Raul Ortiz stated that “way over 100,000 people” have gotten away from Border Patrol this week. Who do you think those people are? Girl Scouts? Our ranchers are the first victims of their invasion, but they don’t necessarily stay at the border. They come to all 50 states, and we have no idea who they are. Earlier this week, CBP announced the capture of two Yemeni nationals on the FBI’s terror watch list at the California border earlier this year.

Again, how many terrorists, sex offenders, and previously deported criminals have not been caught? With Border Patrol now expecting 184,000 unaccompanied minors this year, how many hundreds of thousands of criminals will they enable to cross our border while tying down our agents with “humanitarian” missions? How much money will pile up in the coffers of the cartels to further facilitate their human smuggling and drug operations? And how will such a mass flow of criminal activity affect the border counties?

As one rancher, Jessica, wrote on a private Facebook page of border citizens about current life as far as 100 miles from the border:

Friends who do not live near our Southern border, I invite you to read this then close your eyes imagine this is your life.

It’s 7:30pm on a Monday, your husband is outside working, your oldest is outside playing with baby kittens, your middle baby is in the shower and your littlest baby is outside enjoying playing in the dirt (supervised) while you wash dishes. You get a call from a concerned friend there has been another bail out, only this time, a 1/2 mile from your house and less than a 1/4 from your parents. You normally receive an emergency alert from the local sheriff’s department but not this time. You aren’t given much information. Number of criminals – unknown. All you know is there is an unidentified number of illegals running from local law enforcement somewhere in your area. For a moment you think F this. We aren’t stopping what we are doing. We have protection and this is starting to interfere with our daily lives. Then you remember, our border patrol agents are being shot, children are being left to die, vehicles are being stolen and left with only the kind of evidence you see on CSI and for most there is no punishment. You find a gun, grab your spouse, bring everyone inside and lock the doors. You watch and listen carefully. You can’t help but look at your children and wonder why United States of America has a President that couldn’t care less about its citizens.

This THIS is what it is like living 107 miles from the Mexican border. This is not a story fabricated by President Trump or Republicans. This crisis doesn’t care about your skin color or who you voted for, only your location. How fortunate some of you are to look at this situation and pretend it’s make believe.

Should the protection of American ranchers against these people take priority over the care of the hundreds of thousands trying to surrender to agents to freeload in our system? Where is their vaccine passport to cross the border as Americans are now facing the prospect of needing one to function within their own cities?

The bottom line is that our government and its law enforcement resources were created for the benefit of our people. It’s time to use them for that cause.
Read More
TheBlaze

Dollar Decimation: How Biden’s Spending Spree Will End Our Currency

Athletes who take a knee or raise a fist in protest at Tokyo Olympics will face punishment: IOC