Horowitz: Arkansas GOP governor stands on the hill of chemical castration for minors 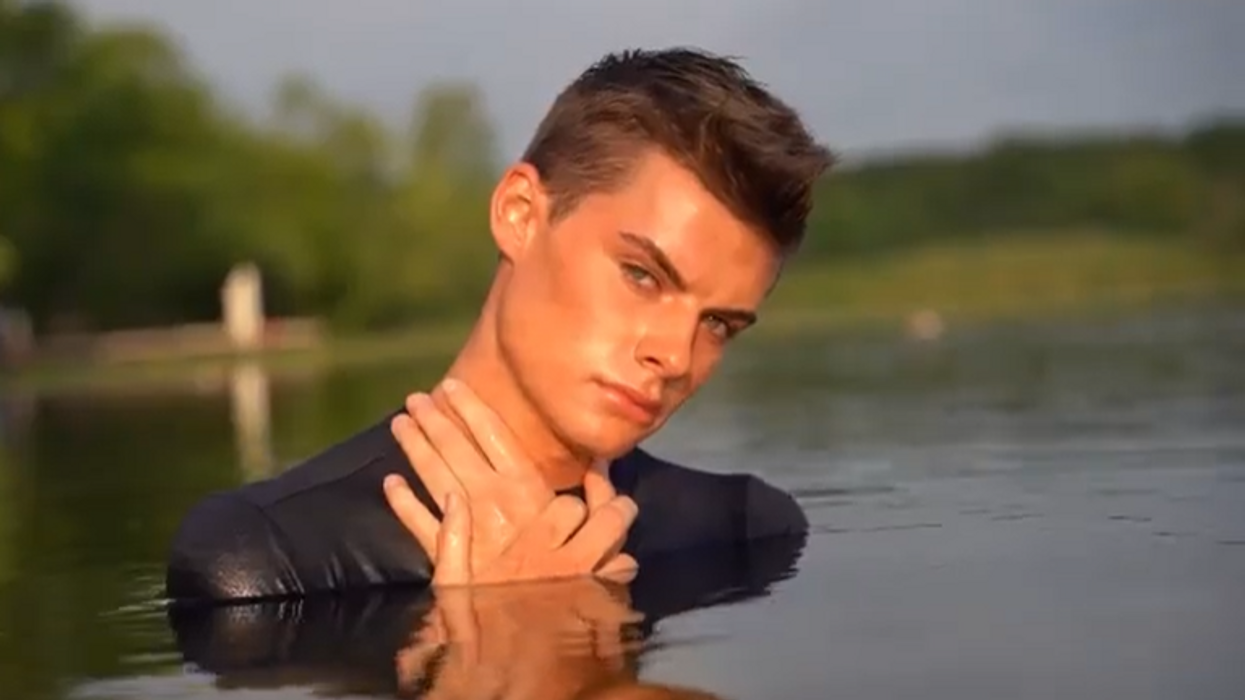 For the first time in the 57-year history of the Sports Illustrated Swimsuit Issue, a male model is being considered to grace the pages of the annual publication. Lewis Freese was named to one of the coveted finalist spots, which were reserved for females in previous years.

Freese is a 21-year-old full-time student from Minneapolis. After a virtual casting call, Freese was named one of the 15 finalists who will be considered for the 2021 Sports Illustrated Swimsuit issue, beating out thousands of other models.

At this time, Freese is unsure what gender he is.

“Going through this process I have learned so much about myself and most importantly my identity,” Freese said in an Instagram post.”To be honest, I have no clue where my gender really falls at the moment but all I can do is take things day by day and share every moment with all of you.”

Freese encouraged his followers, regardless of their gender or sexuality, to assist him in fighting “boundaries” by putting pronouns in their social media biographies to help “normalize gender fluidity.”

“I want to work with Sports Illustrated so we can stop those who judge, criticize, or hate on those who are choosing to be themselves,” Freese stated. “No longer should a man or woman feel they need to fit certain gender standards, no longer should stereotypes exist for sexual orientations, no longer should people hide their authentic character.”

Freese advises anyone who doesn’t like his photos to “look away.”

In his Sports Illustrated swim search audition tape, Freese said he was “obsessed” with SI models such as Kate Upton and Ashley Graham because they inspired him to be confident in who he was.

“But as a man and as a teenager, I felt so embarrassed and ashamed of that because I was told for so long I had to look up to men and I had to aspire to be something that a man would be and not a woman,” Freese said. “I’ve learned that that’s absolutely not true.”

“Sports Illustrated Swimsuit is literally one of the most inspirational and encouraging brands I have ever come across in my life,” Freese noted. “Regardless of your body, race, age, gender, or sexuality, their goal is to embrace and empower every single person for who they are.

“I am so grateful to be a part of a group of finalists who all represent completely different messages, yet have the same goal, to further inclusivity,” Freese said.

Sports Illustrated has made a concerted effort to break the mold of prototypical swimsuit models that the publication has featured for decades. Recent diverse SI models include Yumi Nu, who is the publication’s first “Asian curve model.”

Last month, Leyna Bloom became the first black and Asian trans woman to appear on the swimsuit issue. In 2019, Valentina Sampaio was the first transgender model to be featured in the Sports Illustrated Swimsuit Issue.

Registered nurse Maggie Rawlins from South Carolina, who put her modeling career on hold to focus on being a front-line worker during the COVID-19 pandemic, will also be featured in the magazine’s swimsuit special.

Dollar Decimation: How Biden’s Spending Spree Will End Our Currency

Athletes who take a knee or raise a fist in protest at Tokyo Olympics will face punishment: IOC