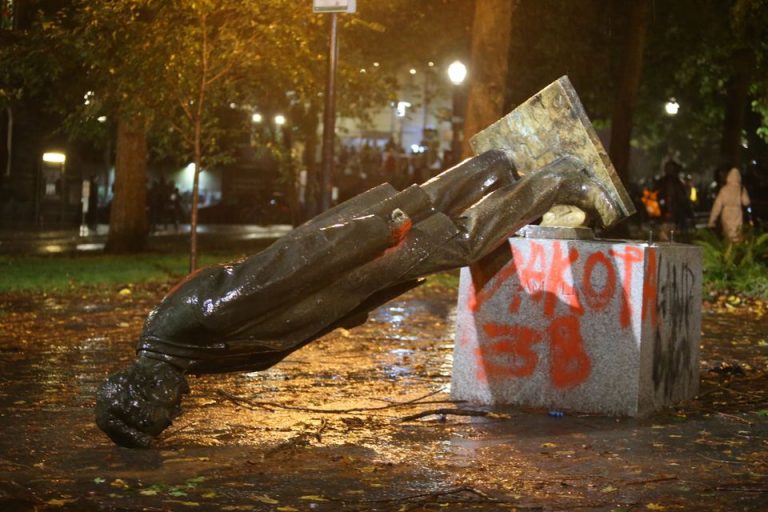 Attorney General nominee Judge Merrick Garland said on Monday that attacks on United States federal courthouses and property in 2020 may not be considered “domestic terrorism” because they occurred while “at night” and not when the institutions were “in operation,” unlike the demonstration on Capitol Hill on January 6.

During the Senate Judiciary Committee hearing Monday, Sen. Josh Hawley (R-MO) asked Garland if he believes “assaults on federal property in places other than Washington, DC” like Portland and Seattle amounted to “acts of domestic extremism, domestic terrorism.”

“Well, Senator, my own definition, which is about the same as the statutory definition, is the use of violence or threats of violence in attempt to disrupt the democratic processes,” Garland responded. “So an attack on a courthouse, while in operation, trying to prevent judges from actually deciding cases, that plainly is domestic extremism, domestic terrorism.”

Garland continued, “An attack simply on a government property at night, or any other kind of circumstances, is a clear crime and a serious one, and should be punished. I don’t know enough about the facts of the example you’re talking about. But that’s where I draw the line. One is — both are criminal, but one is a core attack on our democratic institutions.”

The domestic terrorism statute to which Garland referred in his response defines “domestic terrorism” as “activities that (A) involve acts dangerous to human life that are a violation of the criminal laws of the United States or of any State; (B) appear to be intended— (i) to intimidate or coerce a civilian population; (ii) to influence the policy of a government by intimidation or coercion; or (iii) to affect the conduct of a government by mass destruction, assassination, or kidnapping; and (C) occur primarily within the territorial jurisdiction of the United States.”

Last year, riots raged across the U.S., sparked by the death of George Floyd while in custody of the Minneapolis Police Department. The damage caused by the demonstrations likely cost nearly $2 billion, making the riots the most expensive in United States history, the New York Post reported.

The devastating riots that led to the destruction of security equipment and windows around the federal courthouse in Portland forced personnel to board up the federal building.

At the time, then-Attorney General William Barr described the attacks as being hidden behind “the veil of ‘protests’.”

“Highly organized violent operators have carried out direct attacks on federal personnel and property, particularly the federal courthouse in Portland,” Barr said. “Shielded by the crowds, which make it difficult for law enforcement to detect or reach them, violent opportunists in Portland have attacked the courthouse and federal officers with explosives, lasers, projectiles, and other dangerous devices.”

Barr continued, “More than 200 federal officers have been injured in Portland alone.”

Syrian chemical weapons expert ‘was on CIA payroll for 14 years’