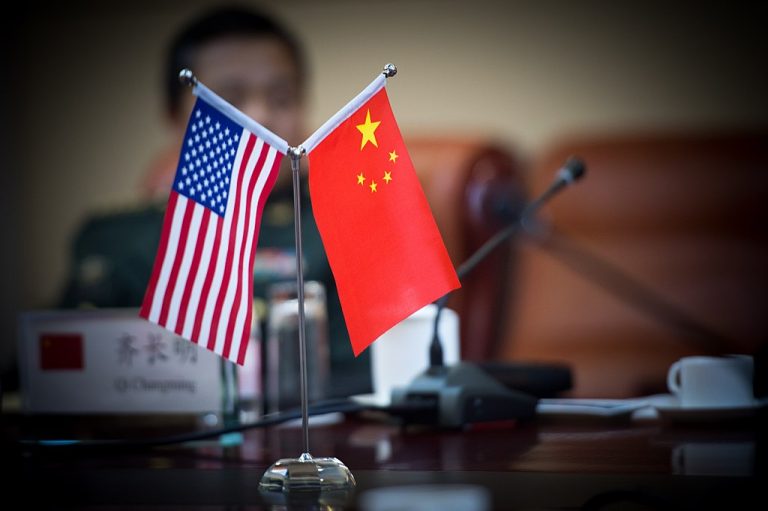 On Monday, Hu tweeted, “The Five Eyes Alliance has become a racist gang that promotes hegemonism in the world. Their total population is less than 40% of China’s, but they want to dominate the world. The reviving Chinese civilization is the nemesis of their hegemonism.”

Along with Hu’s tweet, the Global Times also published an editorial in which the publication called the Five Eyes alliance “today’s axis of white supremacy.”

“Canada, the UK and Australia, three members of the Five Eyes alliance, have recently taken action to put pressure on China,” the Global Times wrote. “They have formed a US-centered, racist, and mafia-styled community, willfully and arrogantly provoking China and trying to consolidate their hegemony as all gangsters do. They are becoming a racist axis aimed at stifling the development rights of 1.4 billion Chinese.”

According to the U.S. Director of National Intelligence, the Five Eyes members “exchange views on subjects of mutual interest and concern; compare best practices in review and oversight methodology; explore areas where cooperation on reviews and the sharing of results is permitted where appropriate; encourage transparency to the largest extent possible to enhance public trust; and maintain contact with political offices, oversight and review committees, and non-Five Eyes countries as appropriate.”

The editorial also noted, with the exception of the U.K. itself, all members of the Five Eyes alliance are the product of British colonization, are all English-speaking and all share the same Anglo-Saxon civilization.

“They have a strong sense of civilization superiority,” the Global Times continued. “The bloc, which was initially aimed at intelligence sharing, has now become an organization targeting China and Russia. The evil idea of racism has been fermenting consciously or unconsciously in their clashes with the two countries.”

Global Times wrote that with the exception of New Zealand, which has not seen much involvement on the international scene, the Five Eyes countries have moved beyond an intelligence-sharing alliance to a “political clique” that is “increasingly coordinating their attacks against China.”

The Global Times published the editorial in reaction to Canada’s decision this week to declare China’s treatment of its ethnic minority Uyghur population in Xinjiang an act of genocide and to petition the International Olympic Committee to move the 2022 Winter Olympic Games from Beijing.

In President Donald Trump’s final days in office, the U.S. became the first to declare China’s alleged actions in Xinjiang as genocide. According to the Associated Press, the U.K. has also assembled a tribunal to consider whether China’s alleged abuses in Xinjiang constitute genocide. President Joe Biden’s administration will also talk with the Australian government about addressing China’s “human and labour rights abuses” in Xinjiang, The Guardian reported.

The Global Times also lashed out at recent comments by Sen. Tom Cotton (R-AR) in which Cotton said China “imprisons innocent people in concentration camps, it uses slave labor to fuel its factories and it denies the most basic freedoms to all of its 1.4 billion people. We need to beat this evil empire and consign the Chinese Communists — just like the Bolsheviks — to the ash heap of history.”

The Global Times wrote, “If Tom Cotton, a US senator, who clamored for 90 million Chinese Communists to be consigned ‘to the ash heap of history,’ is not a neo-Nazi and extreme racist, then who else is in this world?”