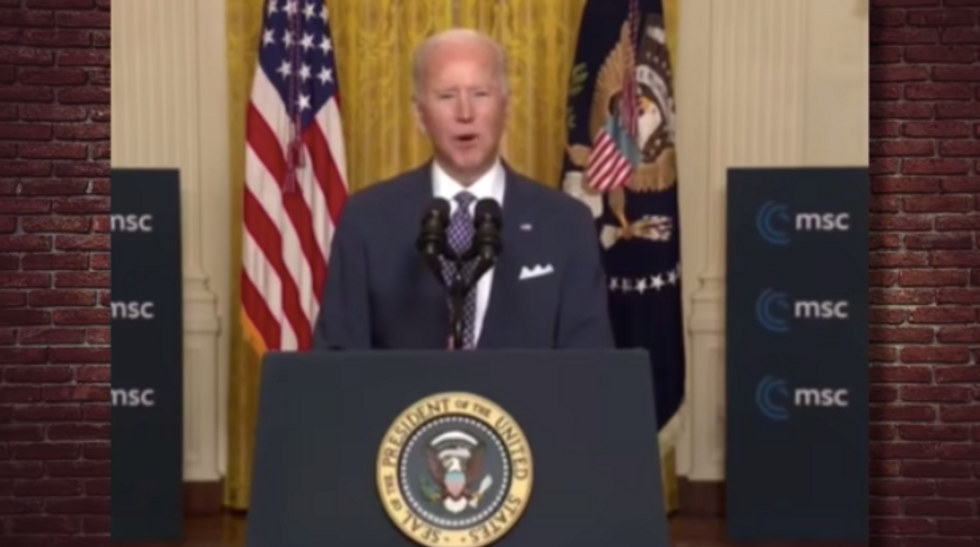 In this clip, Crowder pointed out Biden’s latest word whisker in a light-hearted way. However, Crowder took issue with the media for not covering the gaffe. Crowder’s question of the day: “Can you imagine if Donald Trump had said that?”

According to Crowder, “Biden is not racist. He is an idiot.”

Though Biden got tripped up saying the word “eager,” Crowder expressed his belief that the media would have been all over Trump if he had made the same error.

Use promo code LWC to save $10 on one year of BlazeTV.

To enjoy more of Steven’s uncensored late-night comedy that’s actually funny, join Mug Club — the only place for all of Crowder uncensored and on demand.

Cover Him In GOLD! – Democrats Are Upset After Recent Trump Move (VIDEO)

Rising TENSION Between Kamala Harris And Joe Biden – She Is ANRY!