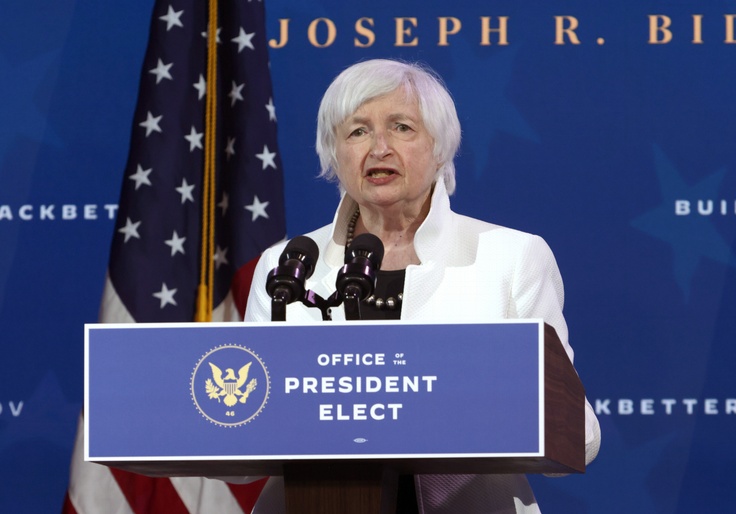 Treasury Secretary Janet Yellen so far has put the fight against financial crimes committed by terrorists and dictators on the backburner as she pursues the Biden administration’s “equity” focused agenda. In public remarks, Yellen has prioritized issues such as gender relations and the environment over the growing threat of illicit finance from both authoritarian states and terrorists.

“Secretary Yellen’s decision to not mention corruption as a main priority seems out of sync with other parts of the administration, particularly the State Department,” Billingslea said. “If the Treasury is not in the fight and is not committed to the anti-corruption campaign, this will be a major step backwards. Hopefully this will not be the case.”

China, Russia, Venezuela and other authoritarian regimes use oligarchs and corrupt finance practices to both advance their influence and undermine the American-led financial system. Scott Greytak, the advocacy director for the U.S. office of Transparency International, said kleptocracy touches nearly all global challenges the United States faces.

“As a diplomatic tool, corruption is front and center in how [authoritarians] are growing their influence in some of the most important areas of the world,” Greytak said. “If the United States government doesn’t see corruption as a national security and foreign policy priority, then they’re missing the bigger picture about how authoritarian influence operates and grows in the 21st century.”

During the final months of the Trump administration, anti-kleptocracy advocates in Congress added legislation to bolster disclosure laws to crackdown on illicit finance practices within the United States to a larger defense bill. It remains a question, however, to what extent the Biden administration will follow up on tough action to combat global corruption.

Secretary of State Antony Blinken and national security adviser Jake Sullivan have spoken of the need to take a tougher stance on kleptocracy and corruption, but little action has emerged. Billingslea said Biden’s team needs to follow up their rhetoric with action if they want to maintain America’s world leadership role.

“The global fight against corruption and kleptocracy really depends on the United States, and the Treasury in particular,” he said. “It’s a huge issue. The world counts on the United States to lead in this area. When you don’t lead, or you ‘lead from behind,’ no action gets taken.”

Nate Sibley, a research fellow for the Hudson Institute’s Kleptocracy Initiative, said the administration’s hardball statements on the issue makes the absence of Yellen’s leadership all the more confusing. Instead, it appears the Treasury is leaning into issues popular among the Democratic base such as inequality and environmentalism.

“I think there’s a lot of disappointment in the foreign policy and national security community,” Sibley said. “The Treasury so far has not really taken the lead that we expected…. The administration is being pressured to deal with all of these progressive issues.”

Terrorist groups such as Hezbollah leverage complex illegal finance networks worldwide to help fund their growing military aspirations in the Middle East. One January report noted the group uses drug trafficking and used car sales to shore up its finances. Meanwhile, China and Eastern European countries deploy millions in oligarch money across the United States to flatten American industry as well as bring drugs into the United States. Illicit cash also plays a role in nuclear weapons acquisition for rogue states like North Korea, and even economic powerhouses such as Beijing.

The Treasury Department did not respond to a request for comment.