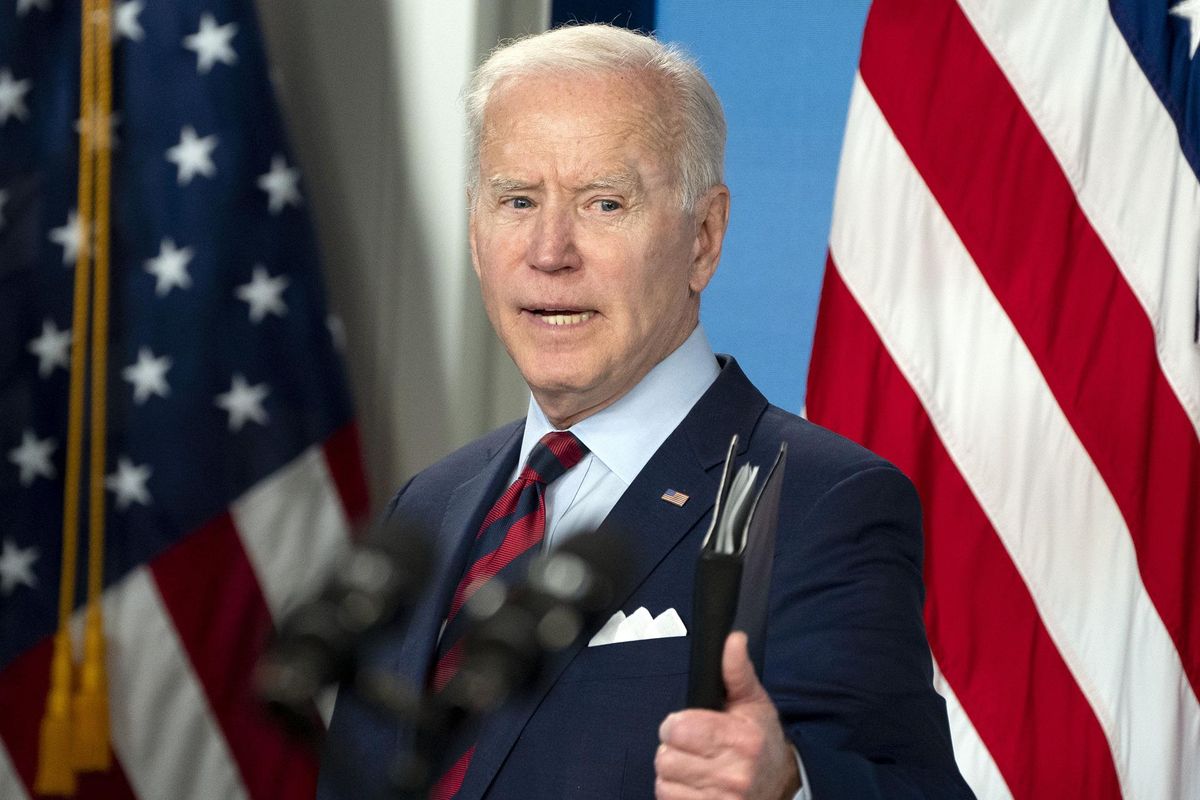 President Joe Biden is expected on Thursday to roll out several executive orders restricting Second Amendment rights and announce that he has picked a gun-control activist to lead the Bureau of Alcohol, Tobacco, Firearms and Explosives, according to multiple reports.

Who is David Chipman?

The Washington Post reported that according to two sources, Biden has selected David Chipman to serve as director of the ATF.

Rep. Giffords was shot by a crazed gunman in an attack in 2011. She survived, but suffered a severe brain injury that forced her to resign from Congress. Two years later, she and her husband, now-Sen. Mark Kelly (D-Ariz.), formed the nonprofit group now known as Giffords to fight gun violence in the U.S.

The Giffords organization argues that “strong gun laws save lives,” and fights to implement gun-control legislation in the U.S.

Chipman’s Twitter account is protected, but his bio reads that he is a “gun violence prevention advocate” with Giffords.

Besides being a part of Giffords, Chipman has a long history with the ATF. According to The Associated Press, he “spent 25 years as an agent at the ATF, where he worked on stopping a trafficking ring that sent illegal firearms from Virginia to New York, and served on the ATF’s SWAT team.” The outlet added that “Chipman is a gun owner himself.”

The Hill reported that “his nomination is expected to be welcomed by gun safety advocates and comes as Biden is preparing a series of executive actions on guns.”

Politico reported that according to sources familiar with the president’s plan, “Biden will direct the administration to begin the process of requiring buyers of so-called ghost guns — homemade or makeshift firearms that lack serial numbers — to undergo background checks.”

Other executive actions remain unclear. But advocates who have been in touch with the White House have speculated that the president could announce regulations on concealed assault-style firearms; prohibitions on firearm purchases for those convicted of domestic violence against their partners; alerts to law enforcement agencies when a potential buyer fails a background check; and federal guidance on home storage safety measures.

Several mainstream outlets reported that Biden has faced “increasing pressure” to implement gun control measures after recent mass shootings, but the president vowed long before taking office that he would take action on firearms once in the White House.

Rand Paul: If feds want more folks vaccinated, Biden should take his mask off and burn it on TV