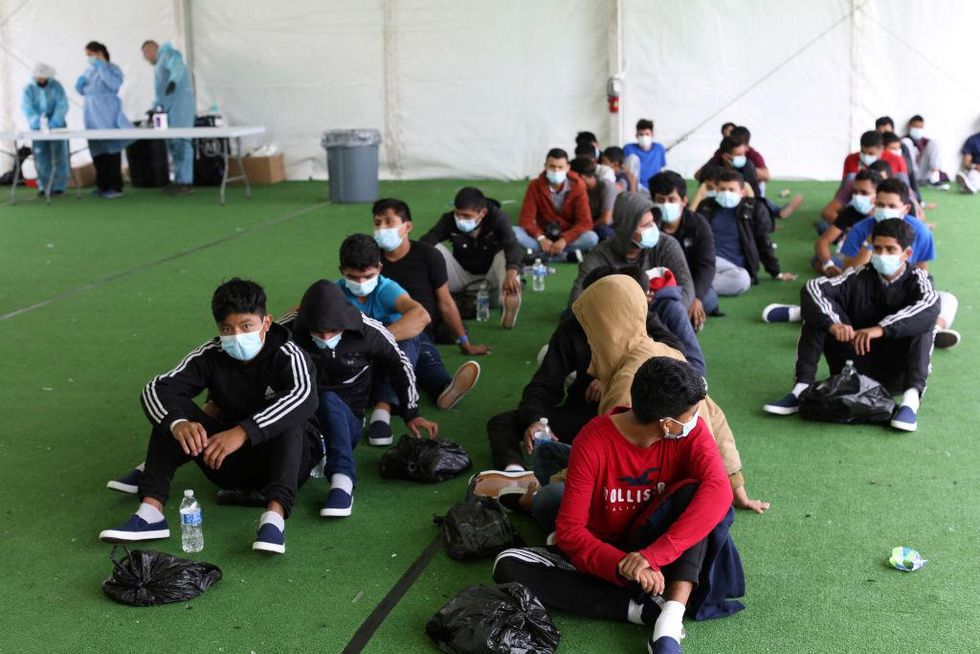 The Biden administration is spending at least $60 million a week to accommodate the more than 16,000 migrant minors in federal facilities operated by the Department of Health and Human Services, according to new analysis from the Washington Post, which warns that “those costs are expected to rise significantly over the coming months.”

The U.S. Customs and Border Protection revealed on Thursday that over 172,000 people attempted to enter the United States on the Southwest border in March, a 71% increase over February’s numbers. There were over 53,000 family unit aliens, according to CBP data. There were 18,890 unaccompanied children who were encountered by U.S. border authorities in March; shattering the previous highs of 11,475 in May 2019 and 10,620 in June 2014.

CBP March numbers are officially out. The agency encountered a record number of unaccompanied children at the borde… https://t.co/iUDqnBiqtA

The massive surge of unaccompanied minors during the border crisis has forced the Biden administration to spend $86.9 million of American taxpayer money over six months to house migrant families in U.S. hotels.

Analysis now shows that the Biden will spend a minimum of $60 million per week to support migrant children who crossed the southern border. The figure does not include the migrant tent sites.

The largest tent site is the migrant facility in Donna, Texas, which costs about $16 million a month to run, according to CBP officials. The Donna holding facility was at 729% of its capacity last month, and there were reports that the boys had to take turns sleeping on the floor. Another tent site is in Eagle Pass, Texas, and the Biden administration is reportedly considering opening another temporary facility in Arizona.

The Biden administration has opened at least 10 large emergency facilities to house the historic influx of unaccompanied children.

Kenneth Wolfe, a spokesman for HHS’s Administration for Children and Families, told the Washington Post that the costs of these emergency sites are more than 2½ times higher than the more-permanent shelters “due to the need to develop facilities quickly and hire significant staff over a short period of time.” Wolfe said the average daily cost per child is “approximately $775 per day based on past experience.”

“Teens and children are spending an average of 31 days in HHS custody before they are released to a vetted family member already in the United States or to an eligible sponsor, according to the most recent HHS data, so the government is spending about $24,000 for each minor held at the temporary facilities,” the Washington Post reported. “That doesn’t include time spent in a Border Patrol facility.”

The immigration crisis is expected to get more challenging and more expensive in the coming months. The Customs and Border Protection estimates that the number of unaccompanied children could be between 22,000 to 26,000 in September, according to leaked documents obtained by Axios.

Last month, Department of Homeland Security Secretary Alejandro Mayorkas announced the U.S. will not expel unaccompanied children who travel to the border.

“Some loving parents might send their child to traverse Mexico alone to reach the southern border — our southern border,” Mayorkas told “CBS This Morning.”

“I hope they don’t undertake that perilous journey,” Mayorkas said. “But if they do, we will not expel that young child. We will care for that young child and unite that child with a responsible parent.”