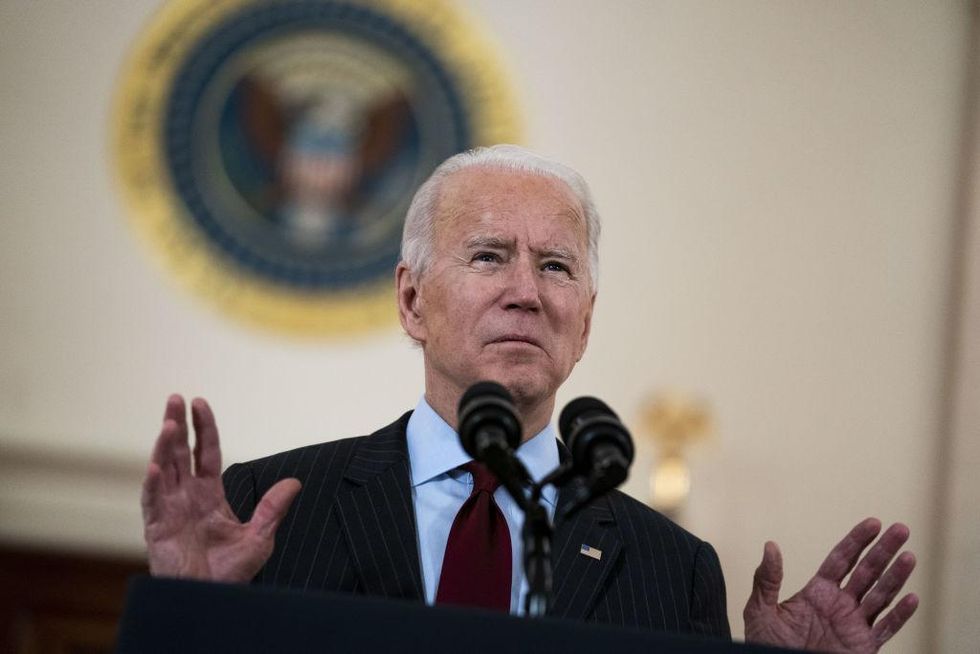 Despite excoriating former President Donald Trump on the campaign trail over immigration policies affecting children separated from their families at the border, President Joe Biden appears to be adopting the same approach to the issue as his predecessor.

According to the Washington Post, the Biden administration has officially reopened a housing facility for migrant children along the U.S.-Mexico border in Carrizo Springs, Texas, capable of holding hundreds of children.

“Dozens of migrant teens boarded vans Monday for the trip down a dusty road to a former man camp for oil field workers here, the first migrant child facility opened under the Biden administration,” the Post reported on Monday. “The emergency facility — a vestige of the Trump administration that was open for only a month in summer 2019 — is being reactivated to hold up to 700 children ages 13 to 17.”

The move has been in the works since earlier this month, CNN reported, characterized by an administration spokesperson to the outlet as a necessary evil as immigration officials grapple with an overflow of illegal crossings taking place at the country’s southern border.

Government officials similarly told the Post that the camp is needed to temporarily house children amid the coronavirus pandemic and the current surge of border crossings. Never mind the fact that Biden’s lax immigration policies instigated the border surge in the first place.

Despite the administration’s best efforts to cast the move in a positive light, progressive immigration lawyers and advocates are also calling it out for what it is.

“It’s unnecessary, it’s costly, and it goes absolutely against everything Biden promised he was going to do,” Linda Brandmiller, a San Antonio-based immigration lawyer who represents unaccompanied minors, told the Post. “It’s a step backward, is what it is. It’s a huge step backward.”

“When I read they were opening again, I cried,” said Rosey Abuabara, a San Antonio immigration activist. “I consoled myself with the fact that it was considered the Cadillac of [migrant child] centers, but I don’t have any hope that Biden is going to make it better.”

Mark Weber, a spokesman for the Department of Health and Human Services, the agency that handles migrant children, also made clear that the good care given to the children at such facilities has been consistent between administrations, though the Trump administration got a particularly bad rap from left-wing media.

That fact is especially pertinent given the Post’s coverage of the new development under Biden. In its report this week, the facility is described in delicate terms, a far cry from the “kids in cages” language used by the Post during Trump’s presidency, as noted by Fox News.

“Headlines from 2018 include, ‘The American tradition of caging children,’ and ‘The real reason we’re locking children in cages,'” Fox News recalled.

Whoa! Fauci Says America Is The ‘Worst’ When It Comes To COVID-19!

Joe Biden Threatens CIVILS – Their Lives Are In DANGER!