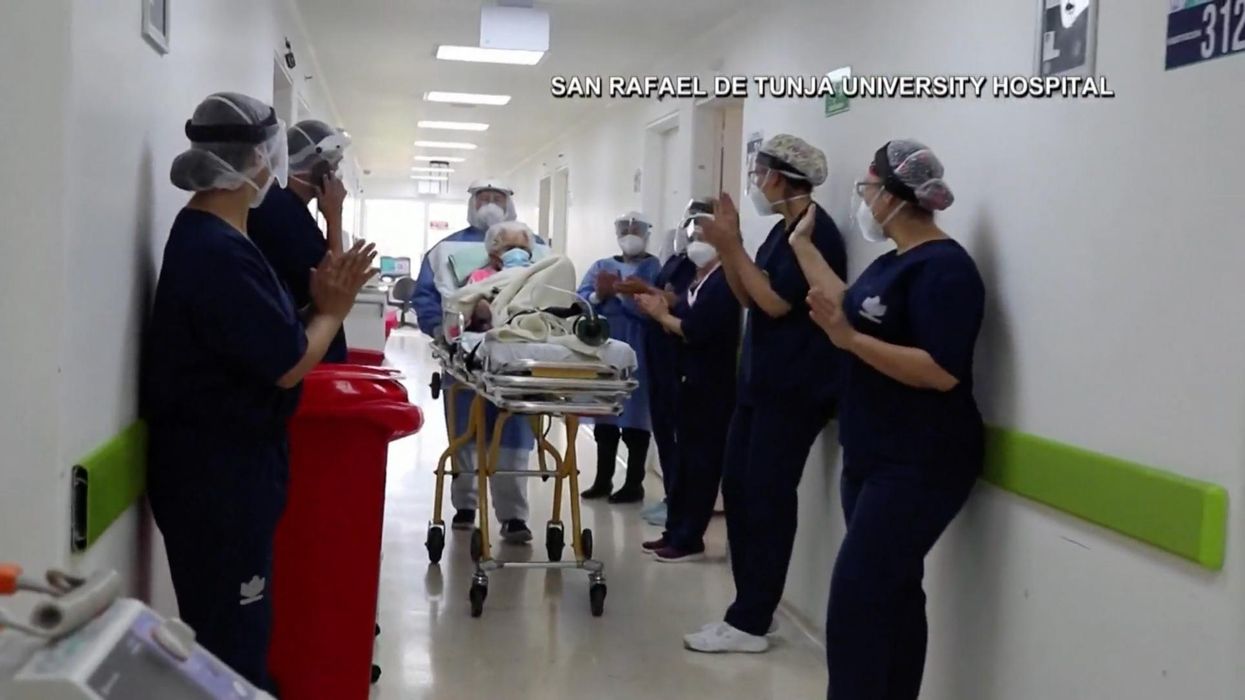 A 104-year-old Colombian woman was greeted with a standing ovation as she left a Colombian hospital this month.

The reason? She fought a COVID-19 diagnosis and won not once, but twice.

As she was wheeled out of the hospital facility, health care workers gathered to greet her and send their well wishes to her for a continued recovery.

As highlighted by USA Today, Carmen Hernandez first caught COVID-19 in June 2020. She recovered, but later caught the virus once more on March 8 despite being vaccinated.

The first time, according to WFLA-TV, Hernandez was treated in her nursing home, where she has lived for the last quarter-century.

The second time, Hernandez remained in the hospital — and spent time in the facility’s intensive care unit — for three weeks before her discharge.

Hernandez is the second over-100 patient to beat COVID-19 twice.

In March, NBC News reported that Angelina Friedman — a 102-year-old New York woman who also lived through the 1918 flu pandemic — beat coronavirus twice and lived to tell the tale.

Doctors initially diagnosed Friedman with COVID-19 in March 2020. She spent a week in the hospital before being sent to a nursing center for recovery, but later caught the virus a second time in October — just before her 102nd birthday — and suffered much worse symptoms at that time.

During her second bout with the deadly virus, Friedman fell very ill.

“She had a cough, she was lethargic, she had a fever again,” her daughter Joanne Merola said. “The first time you wouldn’t know she was sick.”

She added, “My mom has been through so much in her life. You just can’t give up. You have to fight. My mother’s got the will to stay alive as I’ve never seen before.”